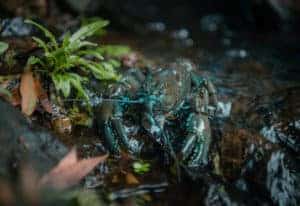 The natural environment is one of Waratah-Wynyard’s most important assets. It is central to our local identity, and it is a key element of our visitor economy. Our woodlands, heaths, wetlands and coastlines together support a rich level of animal and plant biodiversity. The natural environment is also highly valued by our community for its role in supporting recreation, health and wellbeing. Alongside the natural environment are our productive and developed environments: the places where agriculture, aquaculture, forestry, light industry and business operate; and where communities and residences are clustered. Sometimes, there can be friction between the needs and impacts of our natural, productive and developed environments. Council is committed to getting the balance right, both for the current community and for future generations

Climate change has begun to impact the region, with factors such as coastal erosion, bushfire and changing rainfall patterns already apparent. There is currently no overarching framework, nor regional leadership, to guide community adaptation and risk mitigation in the face of these changes.

When complete in 2020, the Waratah- Wynyard Integrated Environmental Plan (iCEP) will help Council embed sustainability principles into its corporate activities; support the proactive management of the region’s natural resources; help the Waratah-Wynyard community to transition and adapt to climate change; anticipate opportunities and mitigate risks for the local economy; and plan for, and mitigate climate impacts on, the built environment.

Report a tree issue to Council [1]

Can I plant or remove a tree on Council-owned land?

Residents must obtain permission before removing individual trees or lopping branches on council land under provisions in their planning schemes. These provisions may vary between zones or overlay areas. You will need to submit a written request to the Council, stating where the tree is and what the issue is. A Council Officer  will inspect the tree and if the tree is deemed unsafe or diseased, Council will organise to remove it.

To make a request to plant at tree on a nature strip, complete this tree planting request form [3] and return it to Council.

Do I need permission to remove a tree on my land?

Contact the council before cutting, damaging or removing any trees on your land. You generally do not require a planning permit to remove individual trees, especially if they are:

Some land titles have a tree protection order attached to them. This means you require written approval from council before trees can be removed. You may require a planning permit if you are in a special zone like an environmental protection or landscape protection zone.

If you are removing a tree or trees as part of a development application, you need to indicate the locations of the tree or trees on your plans. Council Officers will decide whether the trees should be removed or not in their overall assessment of the development.

Forestry operations are regulated by the Forest Practices Authority, an independent Government organisation.

Can I get a tree lopped or removed from a neighbour’s property?

Councils do not generally get involved in negotiations between neighbours regarding trees. It is up to you to talk to your neighbour and work out a mutually acceptable solution.

Can I object to a tree being removed?

You will need to contact the Council to find out if you can object to a tree being removed.

It is possible to object and also to appeal council’s decision, if:

If you object, you must do so to the council, within 14 days of the development proposal being advertised.

If you wish to appeal Councils decision you must:

What about tree roots and drains?

Tree roots can be aggressive and can often exert pressure on buildings, footpaths, fences and pipes. Existing cracks in pipes allow root invasion, as tree roots will seek out sources of moisture and nutrients.

Pouring herbicides down blocked drains will not clear the roots but will almost certainly result in pollution problems and will kill the tree. You should find out where the drains and pipes are on your property before planting large trees.

Weeds are among the most serious threats to Tasmania’s primary production and natural environment. They reduce farm and forest productivity, displace and degrade native species and communities, and contribute significantly to land and water degradation.

A number of plants have been declared as weeds under the Weed Management Act 1999 [7] because of the actual or potential adverse impact on Tasmania’s natural or agricultural environment.

What is a weed?

Weeds are plants that grow where they are not wanted. A weed in one situation may be a valued plant under different circumstances.

A number of plants have been officially declared as weeds under the Weed Management Act 1999 [7]. These plants can cause, or have already caused:

Once plants are declared weeds under the Act, there are restrictions on their trade, sale, import, movement and disposal.

A Weed Management Plan must be drawn up for each plant within 12 months of it being declared a weed. These Plans are produced by the Department of Primary Industries, Water and Environment (DPIWE), and go through a public consultation phase before becoming statutory plans under the Act.

Which plants have been declared as weeds in Tasmania?

For a list of plant species have been declared weeds under the Weed Management Act 1999  go to the Tasmanian Government DPIPWE site. [8]

If there are declared weeds on my land, what does it mean?

If you travel from areas interstate or overseas infected with declared weeds, it is important that you check all your belongings for seeds, fruit and plant matter, or get quarantine officials to check them when you arrive in Tasmania. Weed inspectors can require action to be taken to remove weeds.

How do I identify the weeds in my area?

Council can provide you with information brochures to help you identify weeds in your area. We can also give you the contact details of community groups operating in the area such as Bushcare or Landcare groups which are often involved in weed management activities.

The Department of Primary Industries, Water and Environment [10] website  has a lot of information on weeds, and provides identification assistance as well as information on control and management techniques.

How do I control weeds?

There are a number of key steps to successful weed control:

What are Council’s responsibilities regarding weeds?

The Weed Management Plans in the Waratah-Wynyard municipal area lists the priority plants for eradication or control as being Ragwort, Broom. Pampas Grass, Slender Thistle, Crack Willow and Gorse.