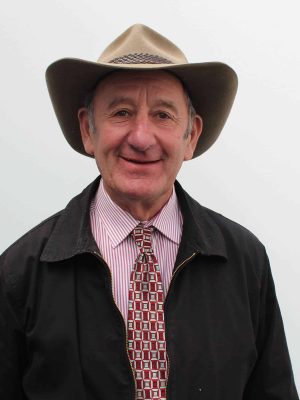 Cr Walsh was first elected to Wynyard Council in 1986 – serving as an elected member through the amalgamation process with Waratah Council.

In 1994 Cr Walsh chose not to contest the re-election – committing his time to his 24 year career with Forestry Tasmania.

After deciding to nominate for Council again in 2005, he was elected as a Councillor that year, then as Deputy Mayor in 2007. In February 2011 Cr Walsh was elected as Mayor of Waratah-Wynyard Council, and has held the position continuously since that time, making him Waratah-Wynyard’s longest serving Mayor.

Mayor Walsh’s hobbies include breeding and exhibiting poultry. He is a competitive Equine Endurance rider,  an avid tractor collector and a serious tractor pulling competitor.